Showing posts from September, 2013
Show all

32 years of Teaching, Yakimix and a Selection of Sushis 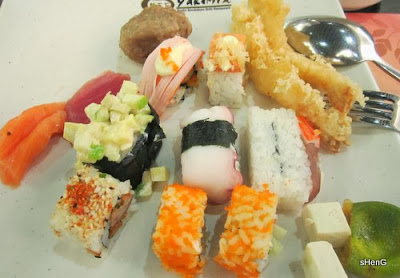 A selection of Sushi(s) on my plate Thirty-two (32) years in teaching and 25 years in teaching at the Mindanao State University is something of an achievement. An excellent one, to say exactly. And when my dear friend, Mr. Gilbert Tan invited us to have it celebrated with him, I could not decline an offer that would be later held at some place I have not experienced yet - Yakimix. With all the food that's in their buffet, I could not gather any strength to choose what to fill my plate with, the selections are just too much of a buffet. But I quite love All-You-Can Eat thingies though I am not much of an eater, and I have a small warehouse for it, I enjoyed it to bits.    Sir Gilbert's Minion Mini Cake I gave Sir Gilbert this small cake and minion at the center of it because minions are one of his favorites, and because I know he would be delighted by it.  Texted a friend if she's got a minion cake topper because I owe a friend a really nice cake
3 comments
Read more

Work and So Much More! 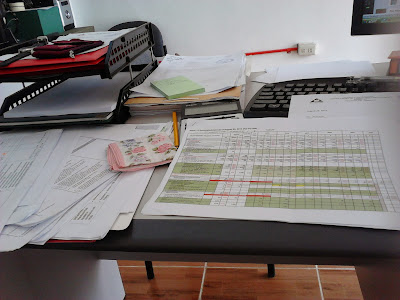 My apologies to those who visit my blog and see nothing new. If I do not write my latest adventures now, it is because I am so up to my neck with work-related stuff that I do not have  time to blog.  Since my move to DOLE-Sarangani Field Office, I was assigned a number of programs that are quite important and most of them are because of Employment and other regulatory concerns like issuance of Alien Employment Permit and implementing the Anti-Child Labor Program. Most of all, what's kept me very tied to work is facilitating the provision of sustainable livelihood for the poor but deserving people in the province to which I owe my travels to and fro, here to there and a number of  overtime rendered. Seriously, I feel bad about it because I can no longer write what I feel, and in most  times, I wanted to rant about what I have been down about but time is so limited I cannot even write down my rants more so my raves. What's adding to my already hectic schedule is th
2 comments
Read more

A Late Night Chitchat with THE Rivermaya Boys 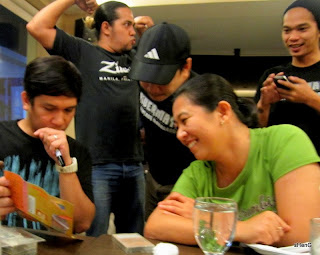 I am an avid fan of RIVERMAYA. I went gaga over this band and had to shout it out the very first time here in my blog .  They are one of the most influential and critically acclaimed Rock Band in the country. Way back in college, I bought all their cassette tapes because I just feel very much connected with their songs. The original band composed of Bamboo, Rico Blanco, Perf de Castro, Mark Escueta and Nathan Azarcon were just undeniably good, and they produce real good music, pleasant to the ears that I can relate so much to the music and the lyrics though I am not much of a good singer myself. I even had to share my tapes over Facebook to show that I am a real fan.  Lately, a good friend, Irene , was posting pictures about her experiences with these boys. And I told her that I am a huge fan of the band, even until now that some of the members are new to include Norby David, Mike Elgar, Ryan Peralta except for Mark Escueta who's been keeping the band intact since he first
3 comments
Read more
More posts