Showing posts from April, 2018
Show all

Finally, I Can Drive! 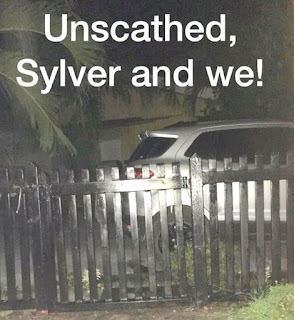 Back in 2010 when we had our first second-hand Nissan Altima, I had the guts to try to man the wheel with the husband as my instructor. After a few days of consistent fighting, because both of us could only disagree about mechanical stuff, I gave up on driving.  In December last year, we acquired Sylver, a brand new 2017 Ford Ecosport which the main function is supposed to bring the husband to and from Davao City should he be transferred assignment there. Since the husband's agency doesn't have any inkling of how much we wanted him nearer, and since he is still waiting for that order of transfer, I had to decide in getting educated in driving. At first, I had no intention of learning how to drive because I have had two road accidents which involved the vehicles I was riding. The first one in 2014 in Butuan where we hit a child. And the other one was last year when a vehicle tire came zooming up towards us, I on the front passenger side. Man, those were too traumatic I had
2 comments
Read more
More posts