April 19, 2009
Last Friday was a nice day for us to be relaxing. It was also a very cool day to be jamming with some visitors from Davao. They were bloggers we have already met during the DFAT and Zipline Outland Adventure in Maa, Davao City. Two of them were here to judge a certain resort's Bikini Open 2009.

After they were fetched from the terminal, we met at Genee's, introduced ourselves with each other before we proceeded to... 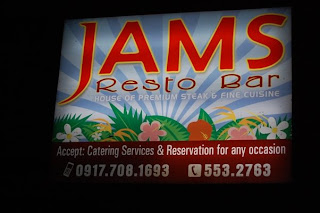 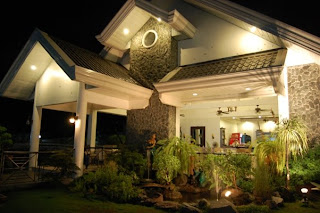 Jam's Entrance Hall
The place is so warm and cozy, well-lighted, a very attractive resto a few minutes out of the city's busy business perimeters. 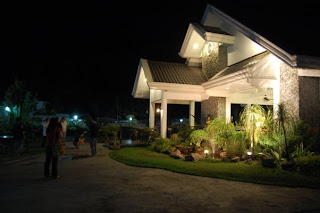 With well-manicured and nicely decorated garden, Jam's offers a great way
to spend a relaxing time after a long stressful day. 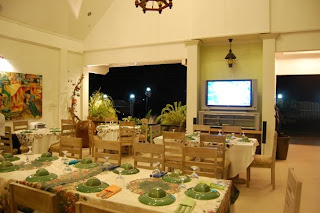 We were welcomed with this scenery, meaning, food is at hand. The owner, Madam Sol Mananquil is in the tuna fishing industry for years and has been dealing with tuna customers in the Gensan fishport in the mornings, a queen in the tuna cuisine during nighttime.

Here's a pic of what they served us during the night. A well-deserved applause to the chef and those who prepared for this gustatory enticing dishes. 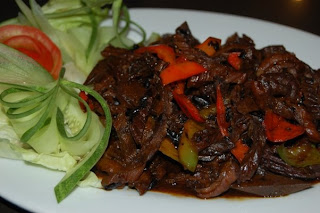 Just enough to be called sweet and spicy, this dish is a conservation of food, sometime ago, when tuna was not a well-known food element, some of its insides and those uninteresting parts are just thrown away for feeding the pigs, now, it's a food for the gods. 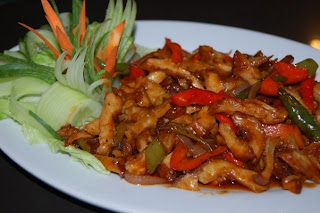 Interesting dish, not so spicy, just enought to make me say oooohhhh... 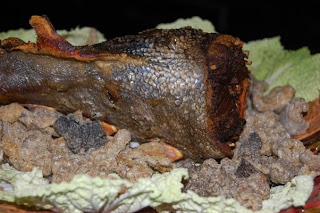 Deep-fried Tuna Buntot
Provides the same story with the Sizzling tendons, the Tuna Buntot once was thrown and even given to people who cannot affor to buy the belly and meat. Once, according to Madam Sol, they were just P5.00 per kilo. They are now priced at more than a hundred per kilo considering they do away just the same with tuna meat and other tuna parts, that though,
depends on how you cook tuna tail.
The chicharon is also made of tuna skins, whew, and yes, the fried tuna tail is so soft that when you see the outer skin, you'll surely go against it, but try a forkful, and you'll get another helping. 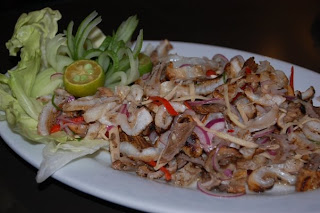 Tuna Kilawin
One of the best I have by far tasted, this tuna kilawin is a must-try at Jam's. This tuna tendons created as kilawin is prepared similar to pork kilawin. Tuna is just a bit healthier. 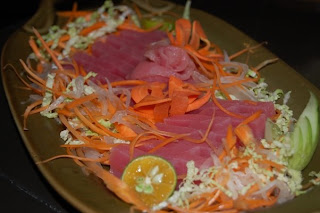 Tuna Sashimi
Wherever you go in Gensan and Davao, this is gonna be served in your table, the favorites of them all, tuna sashimi is best served with Kikoman's sauce, and the ever sarap to the tongue wasabi sauce. 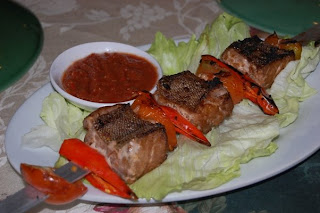 Tuna Kebab
Just delicious, I loved the taste, so mouth-watering, not so salty,
not bland, very much satisfying taste, this is tuna belly at its best. 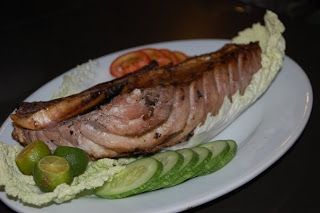 Grilled and Glazed Tuna Belly
The belly is a sensational part of the tuna, because the belly is the most oily part and the most tasty part of all tuna especially that of the yellowfin and big eye. 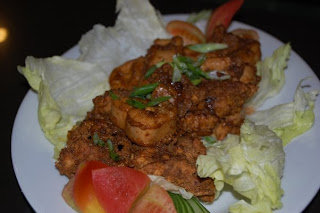 Tuna Fish Roe (Bihod)
Now this is my favorite among them, I was having second and third helpings when this was placed on the table, the taste was that of sweet and spicy beef steak, only that the fish eggs are what you feel in the tongue, a very dramatic dish. 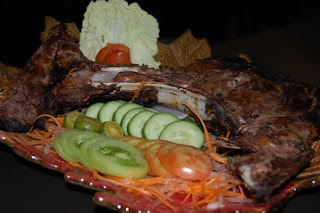 Grilled Tuna Panga with Veggies on the Side
I love grilled panga, and everytime i pass by the tuna market, i crave for this and ask the hubby to buy panga, this is a specialty of the Generals especially during beach outings.

Jam's rendition of the Tuna Panga is somewhat different, the blend of pepper accentuated the glazed soy sauce around the neck part, just lovely. 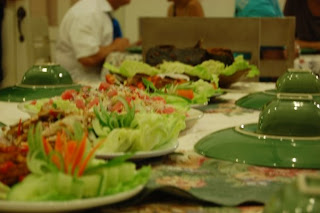 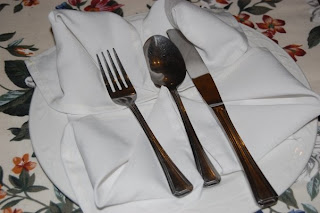 Delectable dishes from Jam's Resto Bar made our night more enjoyable. Jam's provided us a wonderful evening of bonding time with other bloggers visiting in Gensan. The tuna dishes surely is the best Gensan can offer to its visitors. 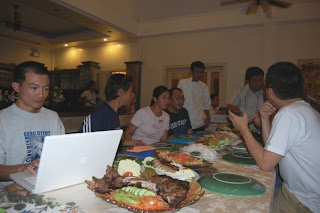 After the sumptuous dinner, Jam's Resto Bar gives you a relaxing night to unwind at their veranda, where you can sing your hearts out to a night of videoke and hearty laughters.

Prices are very reasonable, as per answer from the owner herself. All of us were so busy to try all the dishes we forgot to ask how much each costs, but considering Gensan being the heart of the Tuna Industry, i know it is but AFFORDABLE. 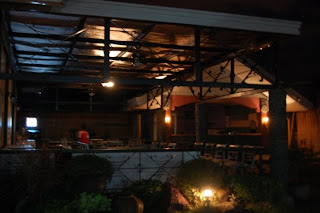 Jam's Resto Bar,
5 stars for you too.


All photos courtesy of the great lyle santos.
good food

kg said…
wow! looks like you had your fix of tuna for a month! :)

Anonymous said…
Your posts always make me hungry. Those dishes look heavenly, as I am partial to seafood. I'm sure your time there was extra fun because of the wonderful friends you met up with.
4/21/2009 12:10 AM

The Girl With A Curl said…
OMG. Lunch pa naman dito. Ano besh. I'm homesick for food from home--all that fresh seafood is something to be beat. Thanks for sharing these yummy pics!
4/21/2009 2:09 PM

Garando said…
WOW! That's quite a feast, Sheng! I'm impressed with the variety of dishes they can make out of tuna! Mukhang masasarap lahat. The one I really want to try is the tuna roe, because I love fish roe... all kinds!
4/21/2009 2:16 PM

escape said…
i think ill love all those tuna meals. ill take note of the tuna sashimi and tuna kebab. i noticed that gensan bloggers are really pampered by the food business industry.

Lito Antoque said…
wow jamming sa jams .i wanna visit this one of these days..sarap talaga ng tuna!irresistible!
4/22/2009 2:17 AM 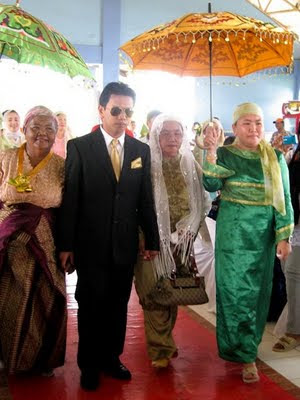